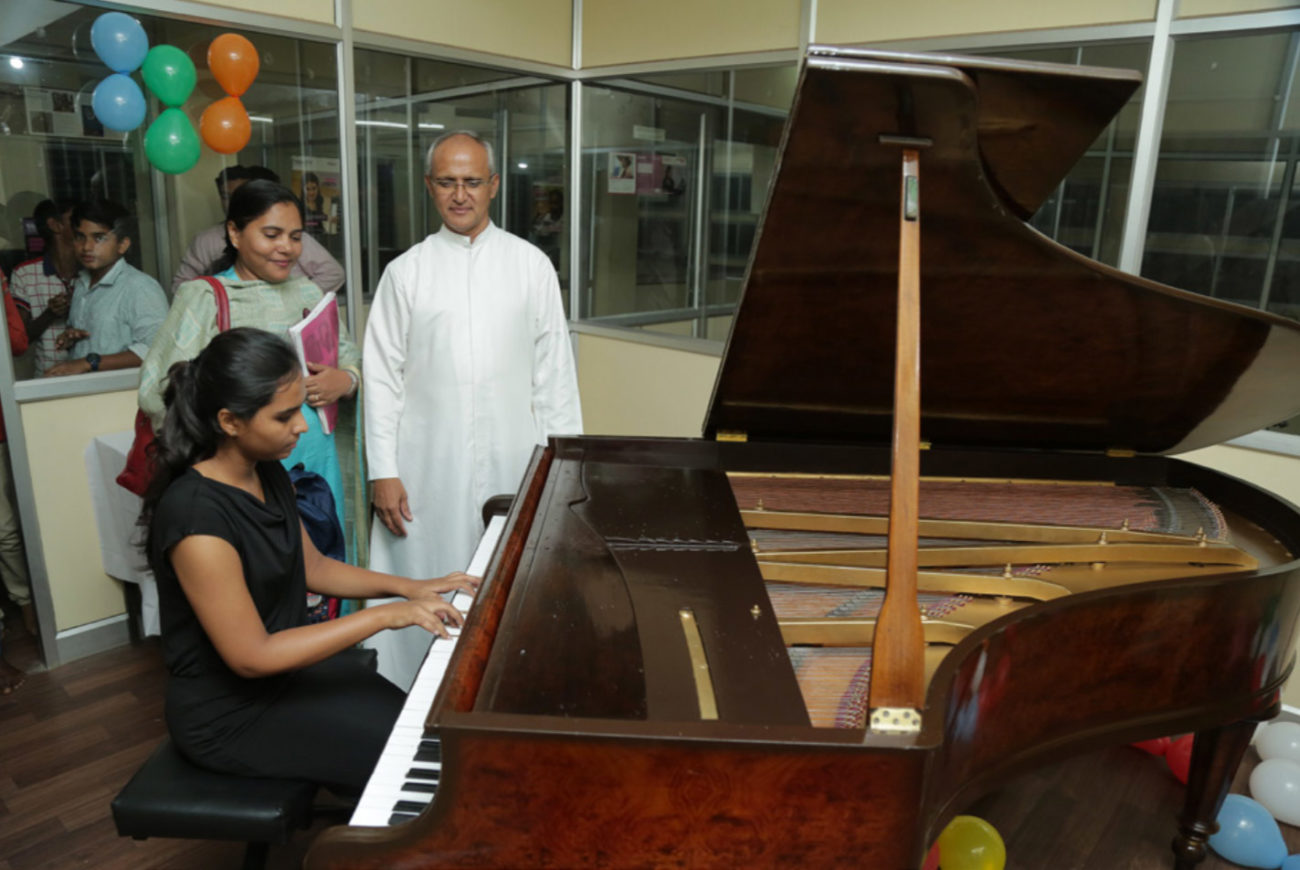 (MissionNewswire) Salesian Missions has received funding though a donor’s estate to help with the cost of the purchase, transport and repair of a secondhand grand piano for the students of the Don Bosco Academy of Music and Fine Arts. The academy is a part of the Don Bosco Cultural Center which is located in the city of Vennala in the state of Kerala, India.

The Don Bosco Academy of Music and Fine Arts provides education in various instruments to more than 50 boarding students and over 100 students from local neighborhoods. Students range in age between 10 and 45 years. Of the total students, nearly 40 are learning keyboard, piano, acoustic piano and grand piano.

Boarding students in grades eight-10 study at the Don Bosco Music Academy for three years. They are able to use all of the instruments at the Academy which is registered as an official examination center by the Trinity College London examination board. As 10th grade students complete and leave the boarding program each year, new eighth grade students are added.

One young student, Nidhi, had a life-changing experience at the Don Bosco Academy of Music. Her desire to play the piano started at the age of 6. Her parents enrolled her in a local institute and she studied for three years, but that was not enough training for her. Nidhi’s parents then enrolled her in the Don Bosco Academy of Music and Fine Arts. There, she was taught by piano tutor, Antony Allesh, who molded her into a musician and helped to identify her ability to teach.

Under his guidance, Nidhi completed sixth grade in piano theory and eighth grade in piano performance through Trinity College London. Her parents note, “Don Bosco Music Academy supported Nidhi and was her the second home, always supporting her, keeping its doors always open for her. She loved to be there, practicing and perfecting her talent. Without Don Bosco, her life journey would have taken trodden paths.”

They add, “The love and support of Father Ignatius always gave our family the fire to move forward. Words are insufficient to thank all these people. After six years with the Academy, now Nidhi is moving to KM Music Conservatory, Chennai, founded by world renowned musician, Dr. A.R. Rahman. In a four-year span of time, she will complete her studies and graduate with a B.A. Honors in music comprising music technology, music composition, music theory and Hindustani music. Her fourth year will be at Middlesex University, London. Her ambition is to unite the whole world and bind it in love through music.”

The funding for the grand piano is enabling students to learn and practice on a quality instrument, ensuring that their level of education helps to make their dreams come true as Nidhi’s did.