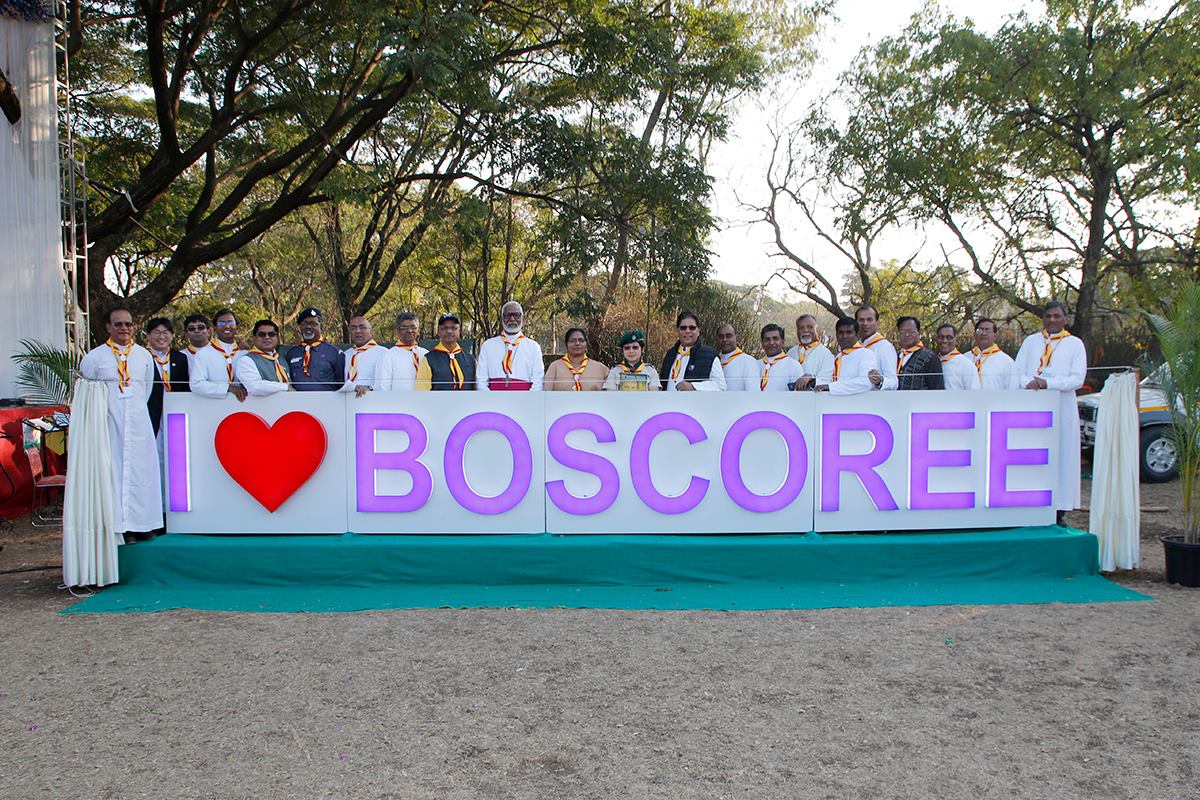 (MissionNewswire) The 13th National Boscoree, a gathering of Don Bosco Scouts and Guides, was held from Dec. 30 to Jan. 3 in Nashik, an ancient holy city within the western Indian state of Maharashtra.

The event, organized by Salesian missionaries, was attended by 4,815 participants. It brought together scouts and guides from 141 units from 22 Indian states and two territories. Youth from Salesian and Daughters of Mary Help of Christians institutions across 12 provinces in India stayed in 200 tents spread over 16 sub-camps during the event.

With a theme of “Health, Harmony and Holiness,” the event focused on how scouts and guides impact the society and environment around them. The Boscoree Program Committee set out five objectives for the 13th National Boscoree including: promoting a healthy lifestyle; building harmonious bridges with people and the environment; becoming noble and holy souls; radiating the Salesian charisma of Don Bosco and St. Mary Mazzarello; and most importantly, giving the scouting movement greater visibility across India.

Boscoree organizers created souvenirs, a camp book, staves and a teenager magazine for the event. During the inaugural ceremony, the scouts and guides from Dakor, Ahmednagar and Kawant enthralled the crowed with their spirited enthusiasm swaying to the beats of the dhol, the lezim and the cymbals. Salesian students from the Divyadaan Salesian College of Philosophy enhanced the ceremony with their polished band pieces. Percussionists from Sacred Heart School, Nashik, provided local flavor with the feisty rhythmic Nashik Dhol.

Later in the ceremony, the scouts struck a solemn note as the color party escorted visiting dignitaries to the stage at the call of a bugle. This was followed by a flag break, the national anthem and the scout prayer song. Immediately after, 17 groups representing the scouts and guides from the different Don Bosco schools participated in a highly disciplined march to the beat of “Colonel Boogey.”

A serene and synchronized prayer dance by the students of Kilbil School in Nashik was followed by Father Ian Doulton, the Boscoree Camp Chief, welcoming those at the gathering and encouraging the scouts to be strong and self-reliant.

“Scouting is a way of life that reminds you that today you are a young citizen of this great country but before long you will be a full-fledged adult citizen of India,” said Fr. Doulton.

The highlight of the event was the unveiling of the “I Love Boscoree” banner. Scouts were encouraged to be ambassadors for scouting and to further the scouting legacy of instilling leadership, character and service. The inaugural ceremony concluded with a performance of the theme song and a vote of thanks by Fr. Doulton.