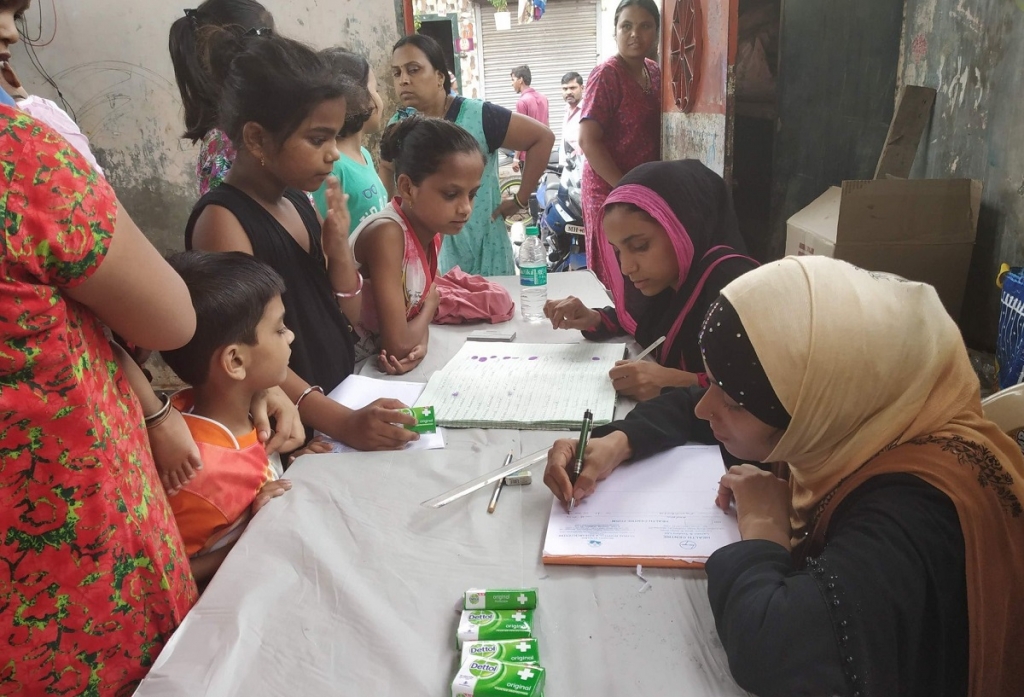 (MissionNewswire) The Don Bosco Development Society provides hope and support for those who have few resources and little hope for the future. The organization recently held a health camp for residents of Ghatkopar, a suburb of Mumbai, India. During the health camp, 64 children, 31 men and 79 women underwent medical examinations and free eye checks. Doctors also distributed tablets, vitamins and skin ointments to treat infections. The health camp was supported by Mahanagar Gas Limited, an Indian company that deals with the distribution of gas.

At the end of the day, all those who went to the camp thanked the volunteers of the Don Bosco Development Society for the medical care and the constant support given to families living in the slums.

“Education is always our primary focus, but we know youth are dealing with much more than just needing access to education,” says Father Mark Hyde, director of Salesian Missions, the U.S. development arm of the Salesians of Don Bosco. “Salesian missionaries also meet basic needs like shelter, food and medical care. This helps to ensure that youth are healthy and are able to more fully participate in the education that’s provided.”

Salesian missionaries living and working in India provide education, shelter and social development programs to meet the needs of poor and at-risk youth. Salesian missionaries place special emphasis on rescuing and rehabilitating children engaged in child labor. There are Salesian-run programs throughout the country that have helped hundreds of thousands of vulnerable youth through the years, and this work continues today.