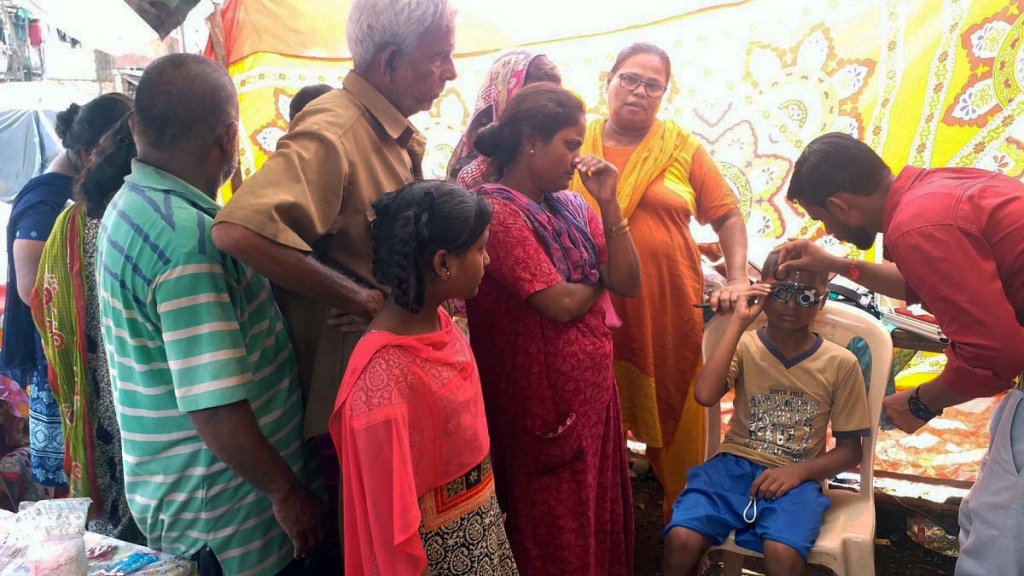 (MissionNewswire) The Don Bosco Development Society organized a free health camp in Mumbai, India to provide medical checkups and eye exams for women and children living in the slum of Islampura in Wadala. During the health camp, 131 patients were examined by field doctors. In addition to providing checkups, the doctors, after visiting the patients and diagnosing various diseases, distributed ointments and medicines to help people heal adequately.

The camp was organized in collaboration with the Mahanagar Gas Limited company. At the start of the camp, Basanti Solanki, a staff person at the Don Bosco Development Society, welcomed the doctors and paramedics, thanking them for their assistance. The people receiving medical care were very grateful for both Don Bosco Development Society and the doctors who volunteered their time.

“Education is always our primary focus, but we know youth are dealing with much more than just needing access to education,” says Father Mark Hyde, director of Salesian Missions, the U.S. development arm of the Salesians of Don Bosco. “Salesian missionaries also meet basic needs like shelter, food and medical care. This helps to ensure that youth are healthy and are able to more fully participate in the education that’s provided.”

Better medical for children in India is critical. According to the World Health Organization (WHO), close to 5.8 million Indians die each year from heart and lung diseases, stroke, cancer and diabetes. One in four Indians is at risk of dying as a result of a non-communicable disease before they reach the age of 70. Doctors in the country are also finding that people are being affected by heart disease, diabetes, cancer and chronic respiratory diseases at younger ages.

Salesian missionaries living and working in India provide education, shelter and social development programs to meet the needs of poor and at-risk youth. Salesian missionaries place special emphasis on rescuing and rehabilitating children engaged in child labor. There are Salesian-run programs throughout the country that have helped hundreds of thousands of vulnerable youth through the years, and this work continues today.

ANS – India – A medical camp for inhabitants of Wadala slums