HAITI: Salesian Missions reflects on 10 years of rebuilding Haiti after the devastating 2010 earthquake 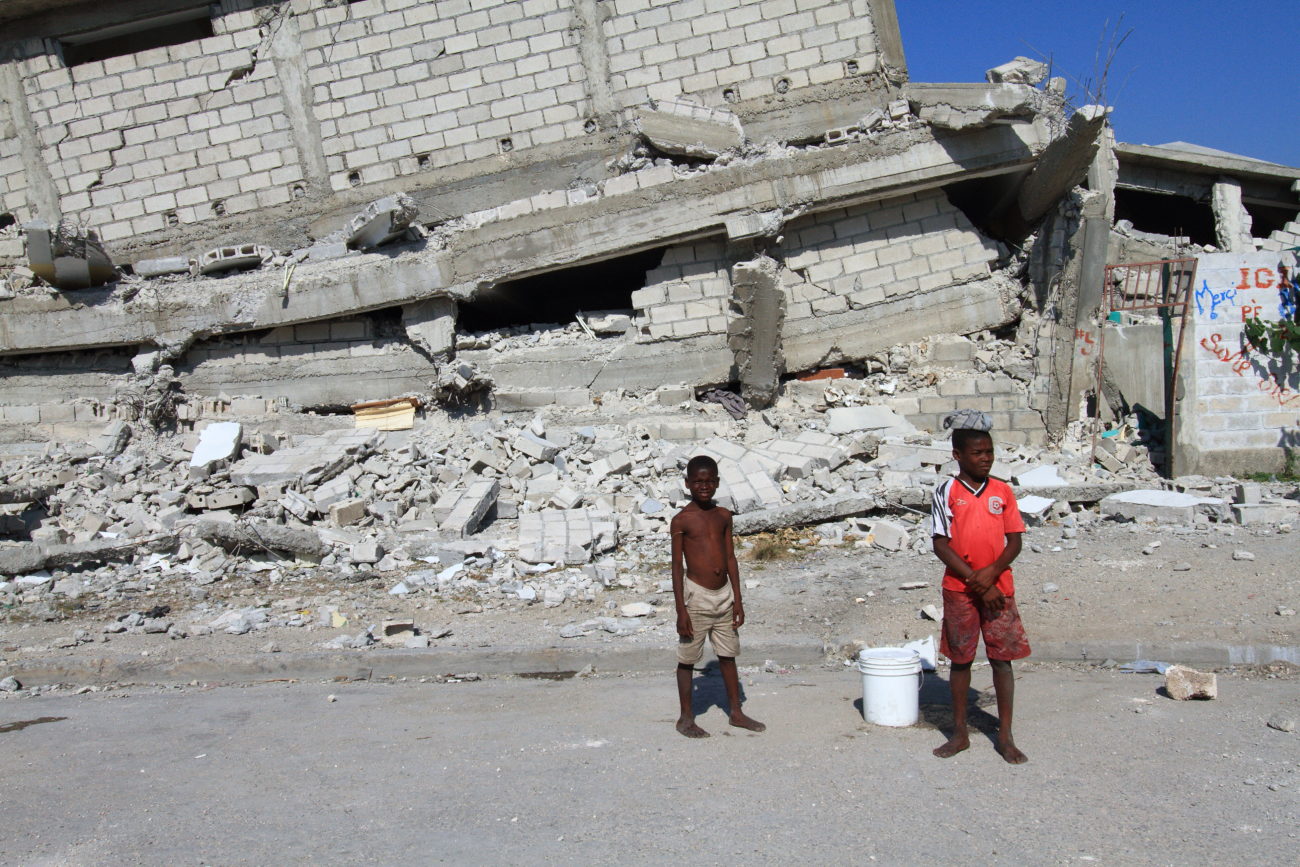 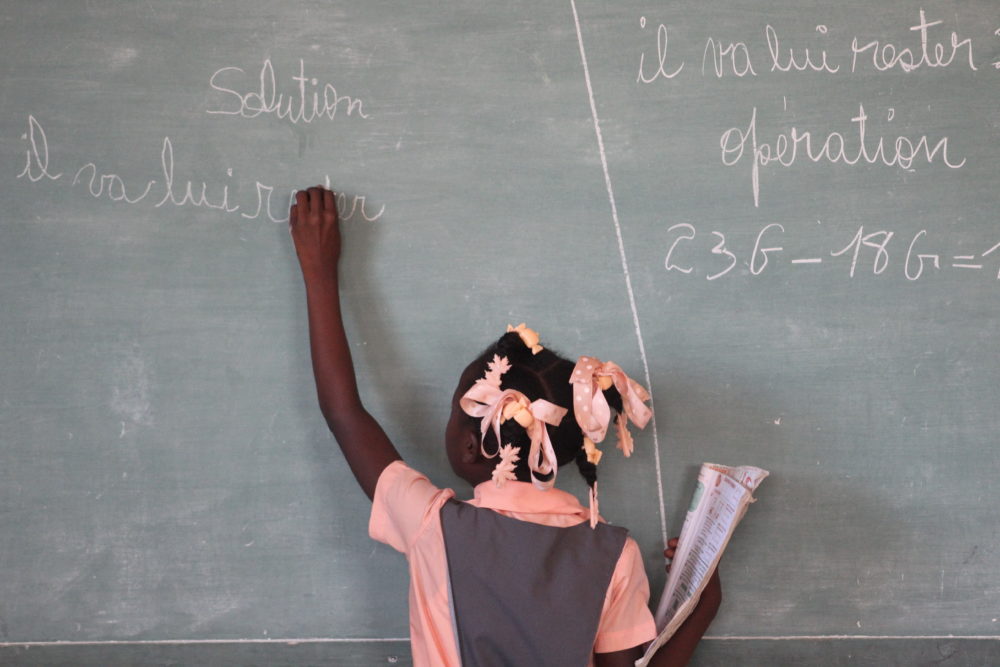 (MissionNewswire) Salesian missionaries were instrumental during the emergency response and the initial aftermath of the devastating earthquake that struck Haiti on Jan. 12, 2010. Missionaries had been in Haiti for nearly 75 years at that point, providing education and other social development programs for poor youth and their families long before the earthquake struck.

Salesian missionaries were among the first responders—providing shelter and medical aid, means to securely transport, store and distribute relief supplies and clean drinking water, and possessing an important understanding of how to get things done in Haiti.

The work of Salesian missionaries never wavered and didn’t stop when the rubble was cleared away. Missionaries have remained as they always were—an integral part of communities across the country. Rebuilding Haiti has not been easy. Over the last 10 years, Haiti has since faced a cholera outbreak, the destruction of Hurricane Matthew, a Category 4 hurricane that pummeled the country on Oct. 4, 2016, and most recently, political unrest that closed schools and disrupted normal life for months.

“Even in the face of devastating emergencies and challenges, Salesian missionaries have persisted in Haiti to bring hope to youth in need,” said Father Gus Baek, director of Salesian Missions, the U.S. development arm of the Salesians of Don Bosco. “Salesian missionaries have continued to make progress rebuilding schools and programs with often limited budgets, challenges with supplies and delays in construction. The driving force to provide a better life for youth in need has remained the backbone of Salesian work and what motivates and compels the work even under the harshest of circumstances.” 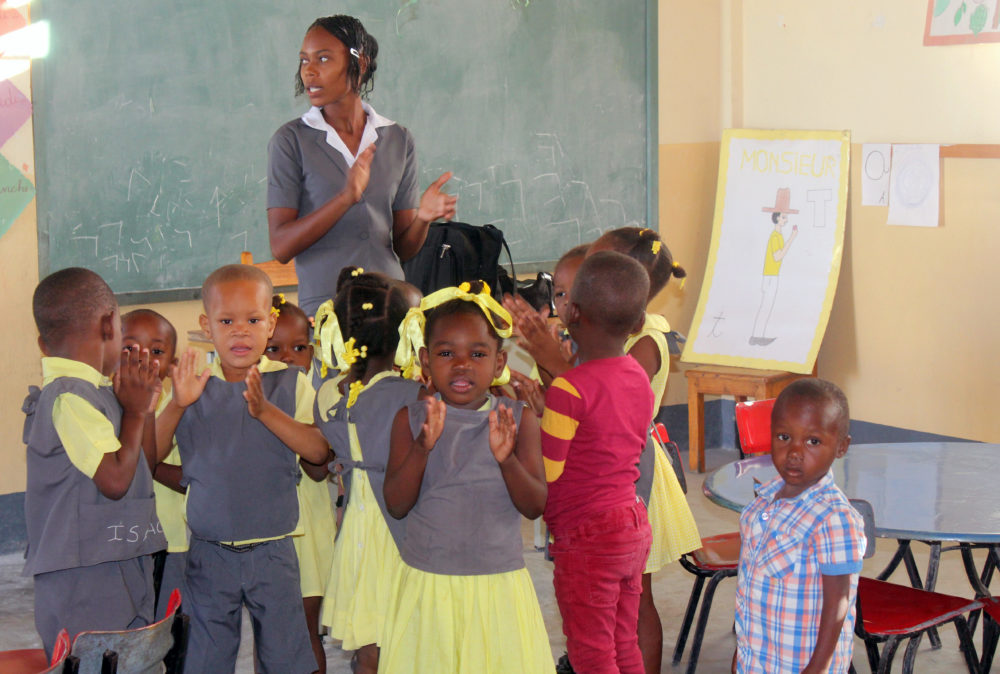 Salesian missionaries began working in Haiti in 1935 in response to the Haitian government’s request for a professional school. Since then, Salesian missionaries have expanded their work to include 11 main educational centers and more than 200 schools across the country that serve some 20,000 primary school students and 5,500 secondary school students.

The earthquake destroyed 90 percent of schools in the country. In early October 2012, when more than 3 million Haitian children returned to school, it was no small feat. In Salesian schools throughout Haiti, more than 1,200 teachers had to be hired after the earthquake to ensure education for students. Most of these new teachers were trained at Salesian institutions. Missionaries also had to rebuild their own schools and programs that were destroyed.

The majority of Salesian primary school students, close to 17,000, are educated at the 192 Little Schools of Fr. Bohnen, named after their founder. These little schools are located in the distressed Port-au-Prince slums of La Saline and Cité Soleil. In 2012, only 60 of the schools were back in operation with many classrooms held under trees or makeshift tents. Today, all of the schools are fully operational and back to educating their young students, but many of the physical structures still need to be rebuilt. 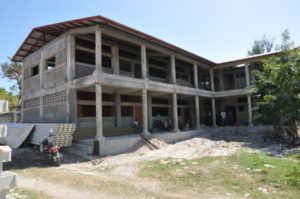 Salesian missionaries are also building new schools. A new Salesian elementary school was built in Les Cayes in 2018 to accommodate additional students. The school, built through the Rinaldi Foundation, the Salesian planning and development office in Haiti, welcomed its initial first-grade class in September 2018. Featuring nine classrooms, student and teacher bathrooms, two computer rooms and administrative offices, the school will serve 360 children from the area each year. A second phase of construction will add more classrooms to the building.

Most recently in July 2019, Salesian missionaries launched a new initiative to train teachers of technical and vocational institutes. Called the ENTEC Technical School, the new school in Port-au-Prince aims to improve the quality of education and employment prospects of young Haitians by ensuring that their teachers have the most up-to-date training available.

Father Victor Auguste, director general of the Rinaldi Foundation, said, “It inspires me that Salesian missionaries are making a difference in Haiti to provide a better quality of education for the future of our youth. In all of our schools, we are doing our best to work not only to improve the physical structures but also there is a great desire and passion to teach a diverse field of subjects so that our students can achieve personal success and give back to their communities and continue to rebuild our country.”

The Lakay House for Street Children, an indispensable Salesian-run center that provided shelter, education and food to dozens of street children with nowhere else to turn, was completely destroyed by the earthquake, leaving children without shelter. Lakay has been back in operation for some time and home to nearly 150 former street children. In addition to classroom studies, a donated school bus has made it possible for youth to take part in field trips to educational and historical sites around Haiti.

In 2015, from funding provided by donors, Salesian Missions fulfilled a long-standing promise to reconstruct the Salesian Youth Center in Fort Liberté, which had been reduced to rubble. First opened in 2002, the youth center in Fort Liberté offers a broad range of formal and informal educational programs for local youth. It houses an elementary school, technical school, vocational training center, teacher-training program and one of the country’s only nursing schools.

Salesian missionaries have also established the Thorland Youth Center Port-au-Prince, which is serving an estimated 650 youth and young adults aged 14 and older. At Thorland, Salesian missionaries operate a “school of soccer” that is successfully providing youth a healthy outlet for exercise, team play and connecting with their peers. An estimated 120 students, both boys and girls aged 9 to 19, are registered in this program.

When building new infrastructure, Salesian missionaries thought long-term. A warehouse that was built using funds from Salesian Missions, made possible by donations from donors who responded after the earthquake, was instrumental in the emergency response after Hurricane Matthew. The warehouse was used for not only for storage but also as the staging ground where missionaries and other volunteers assembled the initial 400 survival kits. A delivery truck also funded by Salesian Missions made the transport to Les Cayes possible. Due to poor road conditions in Haiti, this truck and others, now 10 years old, need to be upgraded. Salesian missionaries in Haiti are in search for funding. 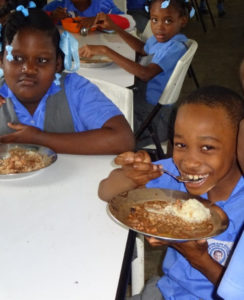 Never forgetting that hungry children have a harder time learning in school, Salesian missionaries focused attention on feeding programs. Salesian students at six Salesian centers in Haiti received access to better nutrition thanks to a grant from the U.S. Agency for International Development (USAID). Salesian Missions secured the grant for its Hunger for Education USAID International Food Relief Partnership project in Haiti. The project aimed to increase the health and learning capacity of students by implementing school feeding programs in Salesian centers within the country.

The project supported the shipment of 40 40-foot shipping containers of meals—16 from Breedlove, a nonprofit organization dedicated to helping eradicate world hunger; 17 from Rise Against Hunger, an international relief organization that provides food and life-changing aid to the world’s most vulnerable; and seven from Feed My Starving Children, a nonprofit Christian organization committed to “feeding God’s children hungry in body and spirit.”

The rice-meals were provided to cover meals five days a week during the school term for eight months. The donation, which impacted 18,161 students, was shared among Salesian centers in the cities of Port-au-Prince, Fort-Liberté, Cap-Haïtien, Les Cayes, Gressier and Gonaïves.

Fr. Auguste said, “It’s impossible to think of quality of education without a feeding program in Haiti because ‘Sak vid pa kanpe’, which means an empty bag cannot stand by itself.”

LOOKING TO THE FUTURE 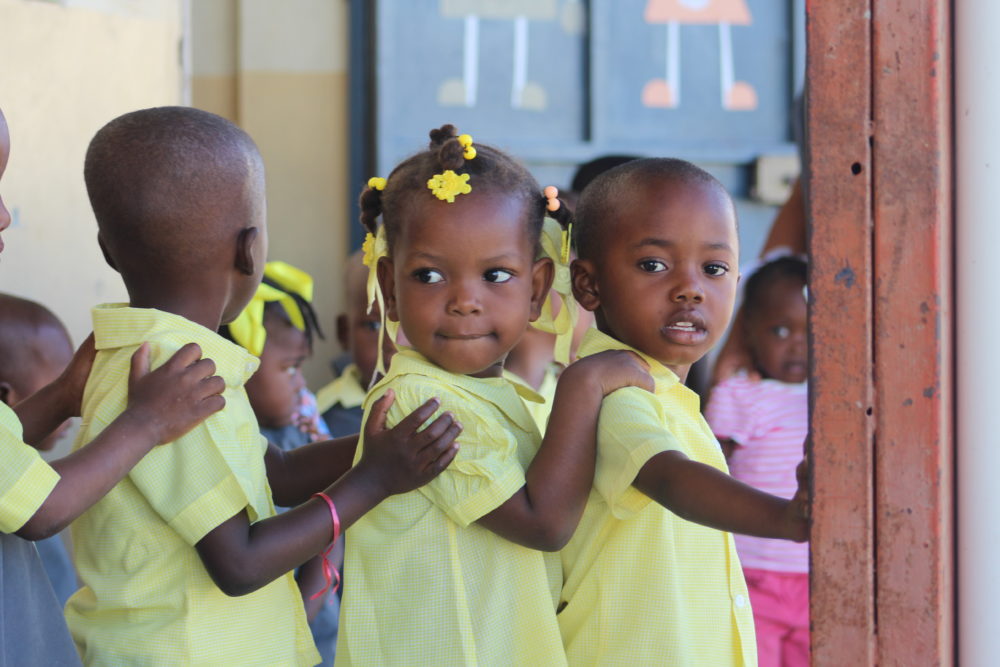 Despite economic, social and political unrest in the country, Salesian missionaries are continuing their work building schools and infrastructure, adding new training programs for students and teachers, funding and facilitating feeding programs, and most importantly, providing hope to youth for a better future.

Despite the ongoing reconstruction and infrastructure improvements that are helping to rebuild Haiti, the country remains the poorest country in the Americas and one of the poorest in the world. According to the World Bank, over half of the country’s population of 10 million lives on less than $1 per day and approximately 80 percent live on less than $2 per day. The majority of Haitians lack adequate access to education, healthcare and nutritious food.

For Salesian missionaries in Haiti, schools and youth programs fulfill an important socio-economic mission by providing poor youth a foundation for lifelong learning through education and training in skills and trades to help them escape poverty and establish a sustainable livelihood. 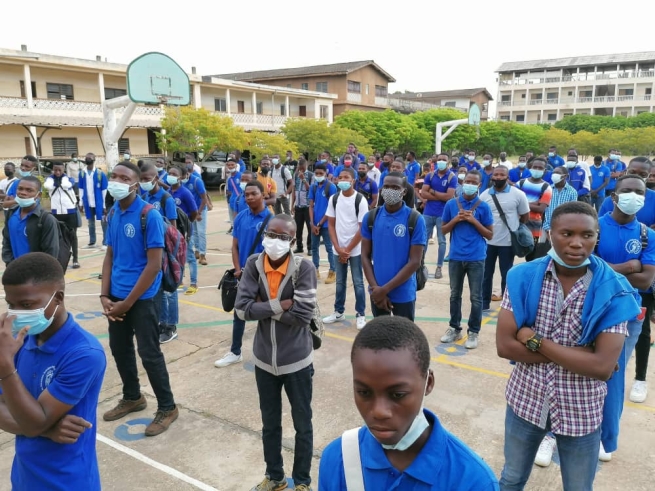 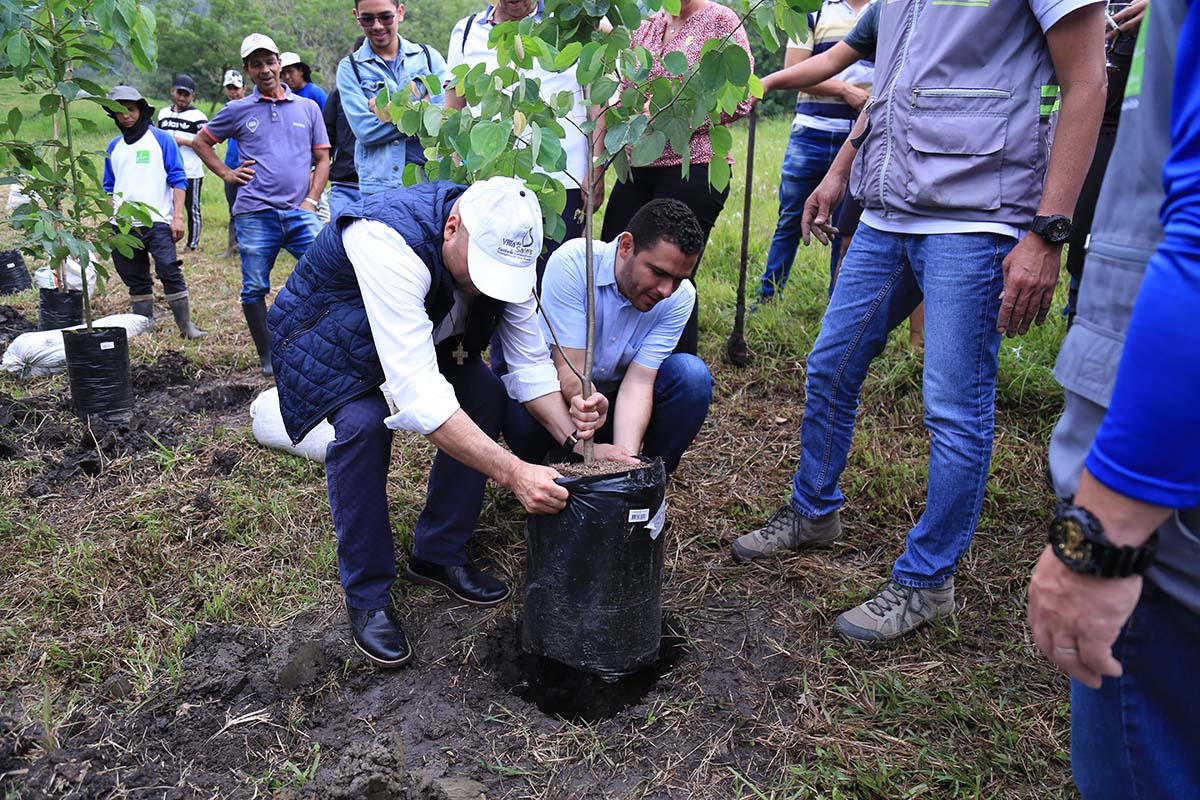 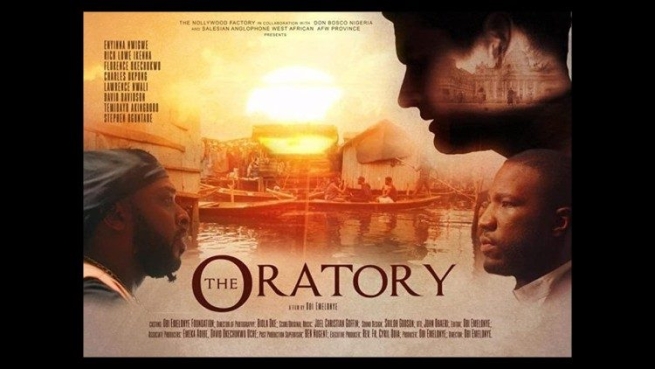 NIGERIA: Salesian movie ‘The Oratory’ premiering in theaters across Europe